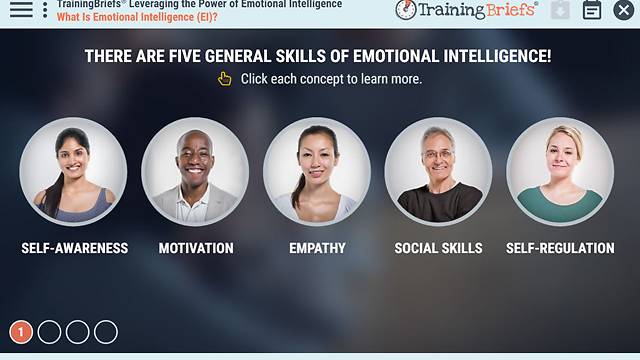 Emotional Intelligence (EI) or Emotional Quotient (EQ) is considered to be the compliment to traditional IQ (Intelligence Quotient). EI has been offered as the missing link which explains why people with average IQ outperformed those with the highest IQ 70% of the time.

From two decades of research, we know the highest 90% of top performers have high emotional intelligence.

When the concept was first defined in the 1990's, Yale psychologists John D. Mayer and Peter Salovey presented the concept of EI to the academic world by stating:

Employees with a high level of EI have self-awareness that helps them understand co-workers and meet deadlines.
When people have high EI, they are not bothered by client criticism; they remain focused on outcomes, rather than feeling
If two job candidates have similar IQs, the one with the higher EI will likely be a better fit for the company.

Here is a paraphrased summary of the High EQ traits from the book, "Emotional Intelligence 2.0" by Dr. Travis Bradberry and Jean Greaves:

Learning to be steady and make controlled reactions is a skill. It may be one of the most valuable skills of all!

Emotional Intelligence is probably one of the best developmental predictors of success, and you can train yourself and adapt your natural responses/reactions over time.

Interested in giving TrainingFlow™ a whirl? Drop us a line at lmssupport@trainingflow.com. We can answer your questions and give you the help you need to succeed.